The Make is a San Francisco based band that was most popular in the 1980's. Their songs were never heard by a worldwide audience until now. All of their songs are written by Billy Warren, Danny Gazzano, and Geno Orphanopoulos (Gene O.) These tracks were remixed and remastered by The Make's longtime producer, Jimmy Goings. With a vibrant sync licensing market looking for vintage Indie Rock and Roll tracks recorded in the '80's, this catalog of material contains multiple opportunities for placement in Film, TV shows and more.

The Make Up Sessions 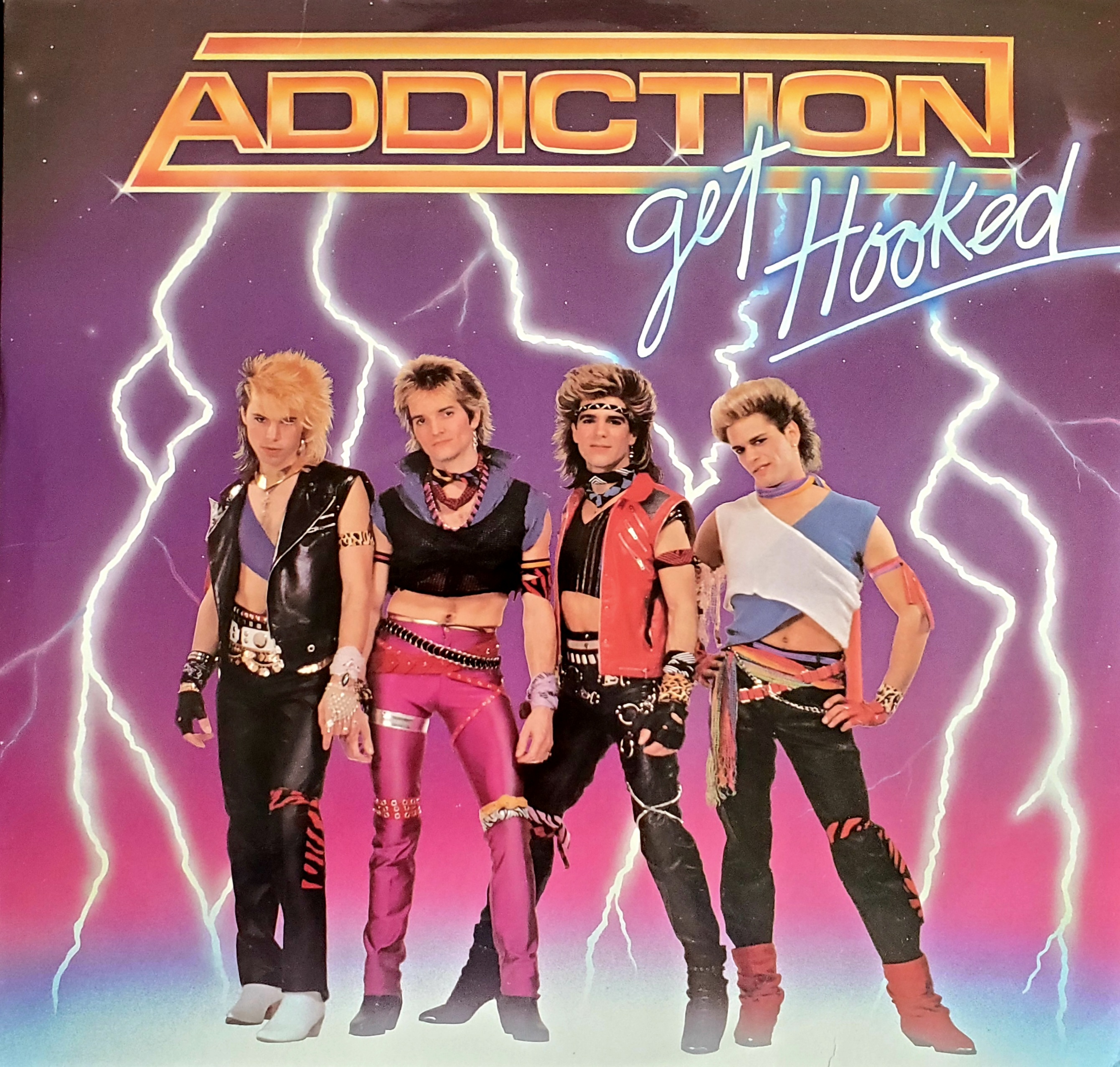 ADDICTION was an Indie Pop Rock Band from the San Francisco Bay Area formed in 1981 that quickly rose in popularity to Headlining status. The Band Members were: Dave Palladino (Founder, Keyboards, Vocals), Gene O. (Lead Vocals, Bass, Keyboards), Kip McClennan (Guitar, Vocals) Joe Cuneo (Drums, Vocals). Addiction was featured on the KSJO Local Rock Radio Compilation CD and was the opening act for Huey Lewis & The News, Quiet Riot, The Tubes, Greg Kihn, The Outfield, Eric Martin of Mr. Big, and many more. The GET HOOKED Album was originally released independently in 1985 in Limited Edition on Vinyl format only. This is now the first time GET HOOKED is available digitally worldwide for it's Fans! The original Analog Master Recordings were lost, so this Digital Download is Hi-Fidelity FLAC Audio Files professionally transferred from a pristine Vinyl copy for you to enjoy!

In the late summer of 1983, five young friends from the San Francisco Bay Area went into the studio to record some songs, and HEROE was born. A few days after laying down nine tracks, songwriter Pete Castro headed south to attend UCLA. That winter, over the 2-week holiday break, the boys recorded two more songs, and in the summer of 1984 the band headed to San Francisco's famed Hyde Street Studios to record four final tunes. Before they really knew what they had created, Pete returned back to L.A. for good – and HEROE was put on hold.

The guys in the band grew up, but some 25 years later Pete found the old reel-to-reel tapes from those sessions. He dusted them off, went back to the studio and re-mixed and re-mastered those recordings. The results surprised everyone; big pop anthems combining great hooks, massive sing-along melodies, layers of guitars, and sweeping techno-synth electronica. Distinctly retro-80's sounding echoing a time when big FM anthems still existed, yet with undeniable attraction & a contemporary appeal that's finding a whole new audience!

Gene O.'s voice soars and is made for the radio. Paul's bold, powerful drumming lays down the beat. Michael's shimmering synth licks gives the music flight. Mark's bass provides the bottom groove. And Pete's rocking guitar and soaring melodies add to the overall epic quality of the songs.